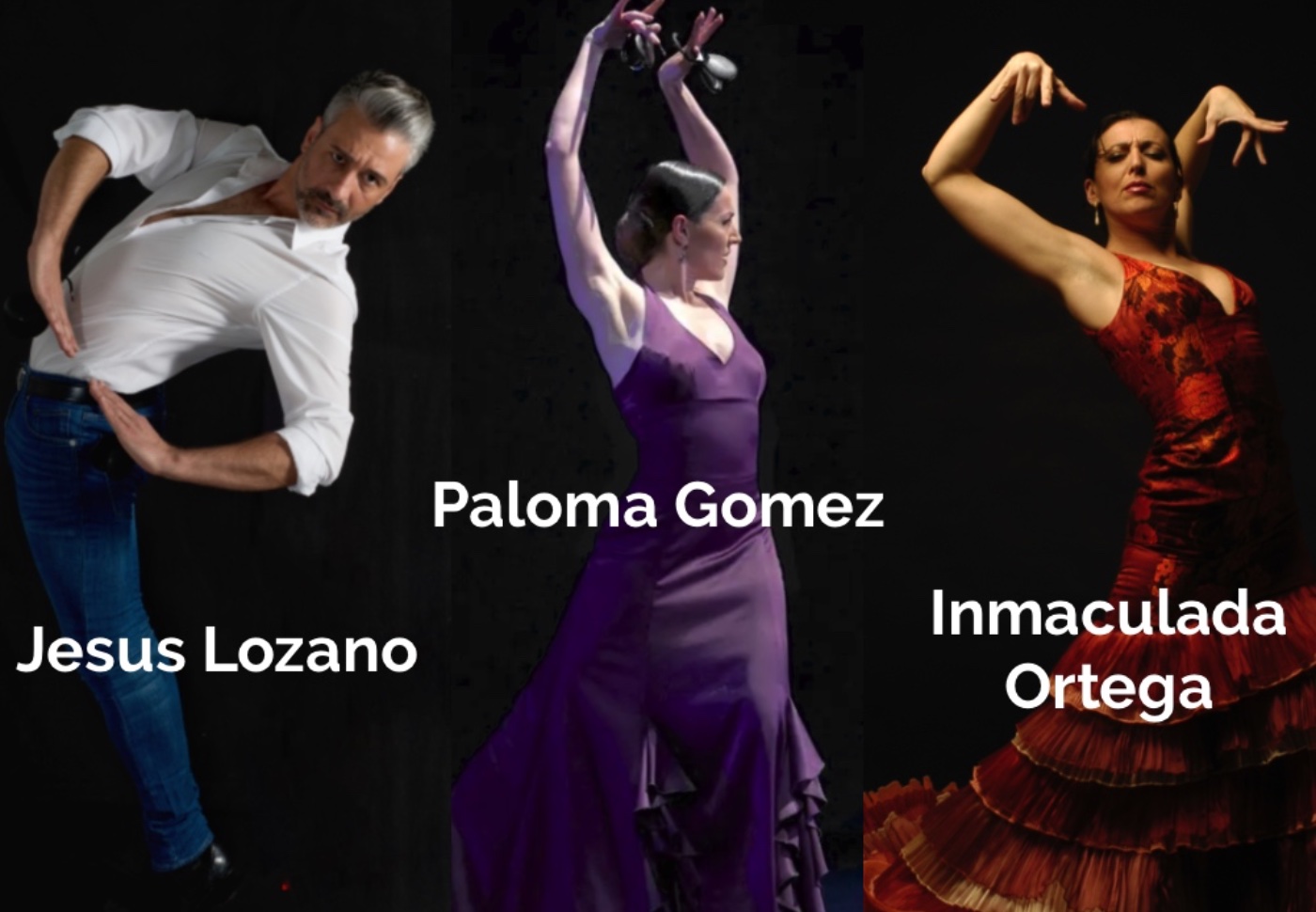 These top-class dance teachers are with us – and we are mighty proud to welcome them all to our TanzCenter.

As a solo dancer, Inmaculada Ortega has performed in various dance companies throughout her career (Joaquín Ruiz Company, Domingo Ortega Company, Angel Muñoz Company or Antonio Alonso Company). Among the most important performances in her career as a solo dancer are many festivals including Festival Flamenco de Australia 2019, International Dance Festival of Todi (Italy), Joyce Theater in New York, Festival de Jerez 2007 and 2008, International Flamenco Festival of Albuquerque 2008, Flamenco Summit in Hollywood and many more. Guest artist in the most prestigious tablaos such as Corral de la Morería, Casa Patas, Café de Chinitas, Las Tablas or Café Ziryab.

Teacher, dancer, choreographer and performer of Spanish dances and flamenco. With a college degree in choreography and dance performance techniques, he has demonstrated his skills as artistic director of his own dance company. He has traveled the world performing in the great ensembles of Antonio Márquez, Aida Gómez, Cía Andaluza, Ballet Rafael Aguilar, etc. As a dancer he has also participated in the film production “Iberia” by Carlos Saura (a Spanish film director).

At the tender age of 17, she was accepted as a solo dancer in the Ballet Nacional de España. After that she was a part of the most prestigious flamenco and Spanish dance companies in the world. In 2000, she founded her own company and toured the world with her own theatrical productions. For the past 14 years, Paloma has been a guest teacher, choreographer and artist with Ensemble Español in Chicago, teaching her own pedagogical method – how to learn flamenco dance – around the world. She starred, as an actress and dancer, in the film Rotas, which premiered at the Chicago International Film Festival.

For more information and registration email us at pasion@hermanos-lopez.ch.